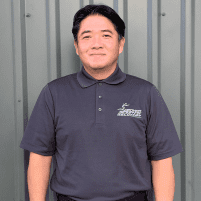 Kuni was born and raised in Japan and moved to California in 1990. He has been living in Denver since 2010. Kuni is a Doctor of Oriental Medicine by NCCAOM (National Certification Commission for Acupuncture and Oriental Medicine) and he is a state licensed acupuncturist in Colorado and California. He earned his master degree in Oriental Medicine from SAMRA University in 2002 and has been practicing acupuncture and massage for over 20 years. He has been with the Colorado Rockies for 14 seasons as the team’s massage therapist and acupuncturist. Prior to working for the Colorado Rockies, Kuni worked as an interpreter in Japanese and English for for the Texas Rangers for two seasons from 2006 to 2007.